3. Chapter 13 Is Likely to Worsen Your Finances

4. Myth: You Get to Keep Your Stuff

7. Myth: Chapter 13 is Useful for Getting Your Driver’s License Back

Why do roughly 2 out of every 3 Chapter 13 cases fail? Well, to get a discharge of your debts, you need to complete a 3-5 year repayment plan. And most plans are 5 years long. Only at the end of the plan will the remainder of some debts be forgiven.

All kinds of unexpected expenses can occur during that 5-year plan like medical bills from getting injury, having children, having funeral expenses for family members. And your income can be reduced unexpectedly from losing your job, getting a pay cut or hour-cut.

Together, all of these life events make it very challenging to make monthly payments over a 5-year period.

Unfortunately, due to the increased length and complexity of Chapter 13 cases for attorneys, Chapter 13 legal fees are far more expensive than those for Chapter 7. Attorneys charge at least $3,200 and in Illinois $4,000 to file a Chapter 13 bankruptcy, compared to $1,7000+ for a Chapter 7. This fee can usually be paid over time, but it still is more expensive.

3. Chapter 13 Is Likely to Worsen Your Finances

As stated above, about two-thirds of Chapter 13 cases nationally result in dismissal.

When your Chapter 13 case is dismissed, you are often in a far worse financial position. That’s because the interest on your unpaid debts has continued to mount as you’ve struggled to make payments. And once you’re out of bankruptcy protection, you have more debt than ever.

Since you now have paid the costs of bankruptcy – attorney fees and filing fees, a seven year flag on your credit report — without receiving the main benefit of bankruptcy, a fresh start.

4. Myth: You Get to Keep Your Stuff

One of the most popular reasons for filing for Chapter 13 is to keep one’s assets like a home or a car. “Chapter 13 is generally a ‘keep your stuff’ chapter,” says Bert Benham, a Memphis bankruptcy attorney.

The reality, however, is that because roughly two-thirds of Chapter 13 cases fail, most of the time Chapter 13 does not help you keep your property. Desperate Chapter 13 filers can spend years and multiple bankruptcy cases trying to save a car from repossession.

Take this story of a Memphis resident, interviewed by Pro Publica, who filed for Chapter 13 four times in the past 7 years to hold on to her car:

The first time, she lost her job a year and a half after filing, and her case was dismissed after she fell behind. She immediately filed again to keep the car for job interviews, using unemployment benefits to make the payments until she couldn’t. She then filed a third time.

Finally in 2014, after her third dismissal, she got a new part-time job paying $11 an hour and filed again. She still has two years of payments to go and will have spent most of her 30’s trying to hold on to her car. “If I’d known,” she said, “I just would have let my car go.”

Considering how few Chapter 13 cases result in discharge, how much you are willing to pay for the slim chance of protecting your property in Chapter 13?

Another popular reason for choosing Chapter 13 is because it can often filed with “no money down.”

Unlike Chapter 7 where legal fees always must be paid up front, Chapter 13 attorney fees can be extended over the 5 year life of the plan. As a result, many law firms allow debtors who cannot afford Chapter 7 to file for Chapter 13 with “no money down.”

Though that might sound like a good idea if you’re cash strapped, but it rarely is. A recent national study suggests that “no money down” filers pay $2,000 more and have their cases dismissed at a rate 18 times higher than if they had filed Chapter 7.

That means they don’t get the relief from the debt that prompted them to file bankruptcy in the first place.

Nevertheless, attorneys will still offer this option because there is at least a possibility that you’ll succeed. And even if you fail, the attorney can still generate fees from the fees that are paid before dismissal.

Another argument made in favor of Chapter 13 is that it teaches you to live within a budget.

“With a Chapter 7, wham bam it’s over, and they’re back to the same old thing, the bad habits that got them in trouble to begin with,” says Arthur Ray, a bankruptcy attorney in Memphis. By contrast, says Ray, “a Chapter 13 shows people how to live without buying things for that 60-month plan.”

That’s definitely true for the 33% of cases where Debtors actually complete their plans. But, as we know, most debtors don’t complete their 3-5 year plan.

For those cases that fail, there is no lasting debt relief and most likely no lasting budgeting improvement either.

7. Myth: Chapter 13 is Useful for Getting Your Driver’s License Back

One of the popular uses of Chapter 13 in recent years has been to recover your drivers license. Drivers licenses are frequently suspended by city and state governments when the driver owes a significant amount of parking or traffic tickets.

Parking and traffic tickets cause so many bankruptcies in Chicago, the bankruptcy court there leads the country in Chapter 13 filings. Unfortunately, ProPublica’s research showed that less than 25% of Chapter 13 cases involving ticket debt ended successfully.

Most of these debtors end up paying thousands of dollars in legal fees before their cases were dismissed, without a dime going to pay down their traffic tickets.

As soon as their cases are dismissed, debtors risk losing their cases and licenses again, leading to a cycle of more debt and potentially more bankruptcies.

Chapter 13 can be a valuable tool in some cases. But in most cases, it’s an expensive mistake that produces no lasting debt relief. When possible, Chapter 7 is a much better solution — even if it requires getting rid of expensive assets. 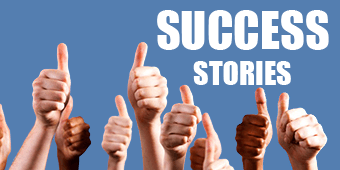